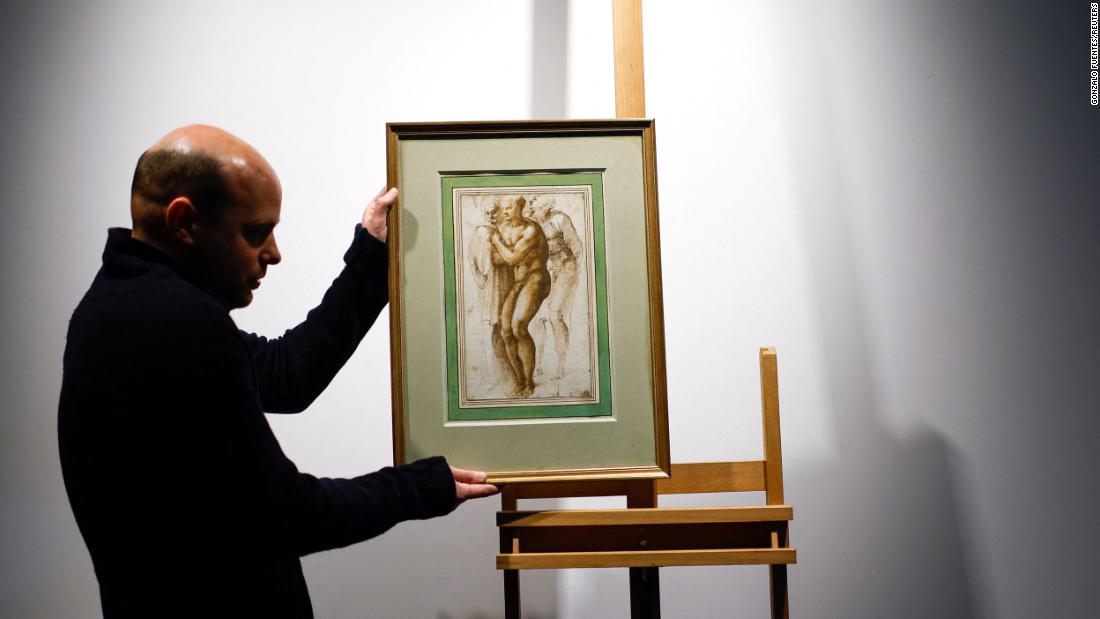 A drawing by Michelangelo, discovered in 2019, will be offered for sale next month by Christie’s and could fetch 30 million euros ($33 million), the British auction house announced on Tuesday.

The drawing, one of the rare works by the Italian Renaissance artist in private hands, was sold in 1907 in Paris and presented as a work of the Michelangelo school. It was largely forgotten until 2019, when a Christie’s scholar recognized it as one of Michelangelo’s own.

The drawing is considered to be one of the artist’s earliest works, dating from around the end of the 15th century. It reproduces a shivering man represented on a fresco, “Baptism of the Neophytes”, by Masaccio. Two other people stand near him in the drawing.

“It shows Michelangelo doing two things at the same time, thinking back to the artists who came before him, in this particular case Masaccio, as well as looking forward to his own work and its revolutionary aspect – in particular the depiction of the human body that becomes such an important part both in the sculptures, I am thinking of the David of Florence, or the very many figures he painted in the Sistine Chapel,” Alsteens added.

The work had been designated a French national treasure, which prevented it from being exported, but the French government recently removed the designation, allowing the design to be offered to collectors anywhere in the world, Christie’s said.

The drawing is set to be exhibited in Hong Kong and New York before being auctioned in Paris on May 18.

Sheep Inc takes eco-fashion to the next frontier – Robb Report