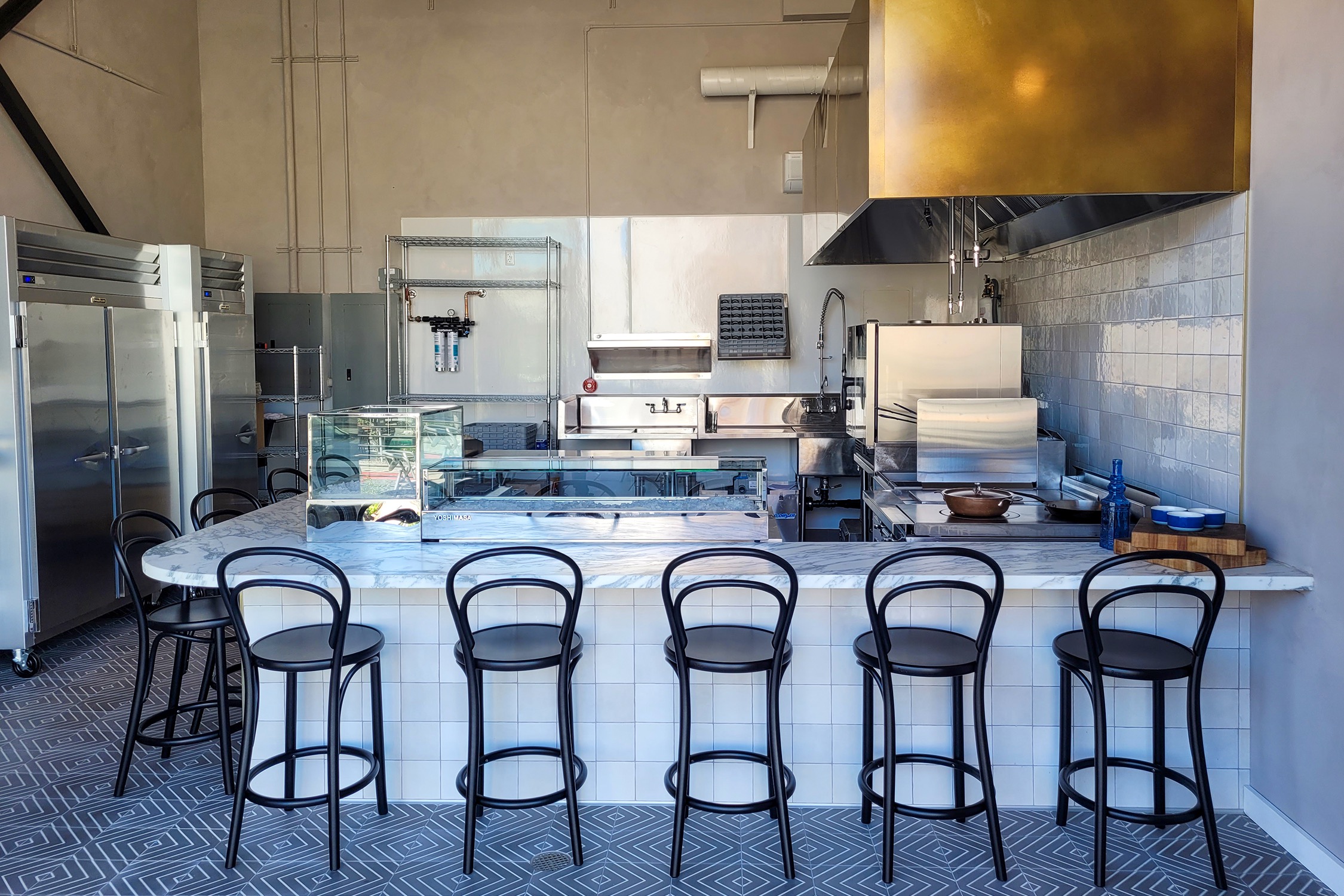 The highly anticipated Oyster, a Parisian-style seafood cafe, is set to open at Barlow in Sevastopol in early October.

Chef Jake Rand of Sushi Kosho announced the opening of his compact restaurant in March with hopes to open during the summer. Slightly longer-than-expected construction knocked the schedule off, but Rand expects to welcome guests by Friday.

The 400-square-foot open-kitchen restaurant is thoughtfully laid out to include nine counters and outdoor tables for alfresco dining.

“This inspiration comes from any corner bistro on any street in Paris,” Rand said, standing outside the cafe’s rolling door last month. Rand opened Sushi Kosho in 2018, and it’s right across the street.

In addition to a raw bar, Oyster’s menu will include French classics like mussels-frites (steamed mussels with fries) and fusion twists (Hawaiian kanpachi tartare, panko-dusted oysters) to round out the concept. . Duck fat fries, chilli-dusted squid and oyster po’boy are also on the menu, along with grilled octopus and whole branzino.

Every inch of space inside the Oyster is designed to maximize dining space. There is a full kitchen with a small cooker and griddle for searing, an oven, a deep fryer and a brass kitchen hood. Rand plans to expand the restaurant into an adjacent storefront next door in January and move the dishwashing area and prep kitchen behind a wall and add another 20 seats inside.

Rand said his small-plate restaurant concept is an alternative to his more chef-led Sushi Kosho.

“Oyster will be more about socializing, small plates, a la carte sharing and just showing up,” Rand said. “It fits the times perfectly. People can come out and sit on a bench, take it home, or have a one-to-one experience inside the restaurant.

Rand hopes to offer a ticketed, multi-course tasting menu in 2023, using counter seating to provide an intimate experience at the chef’s table.

The drink menu will focus on sparkling wines from around the world but will focus on France, Italy and Sonoma County. Several open bottles will be set on ice near the raw bar to showcase current selections by the glass, Rand said.