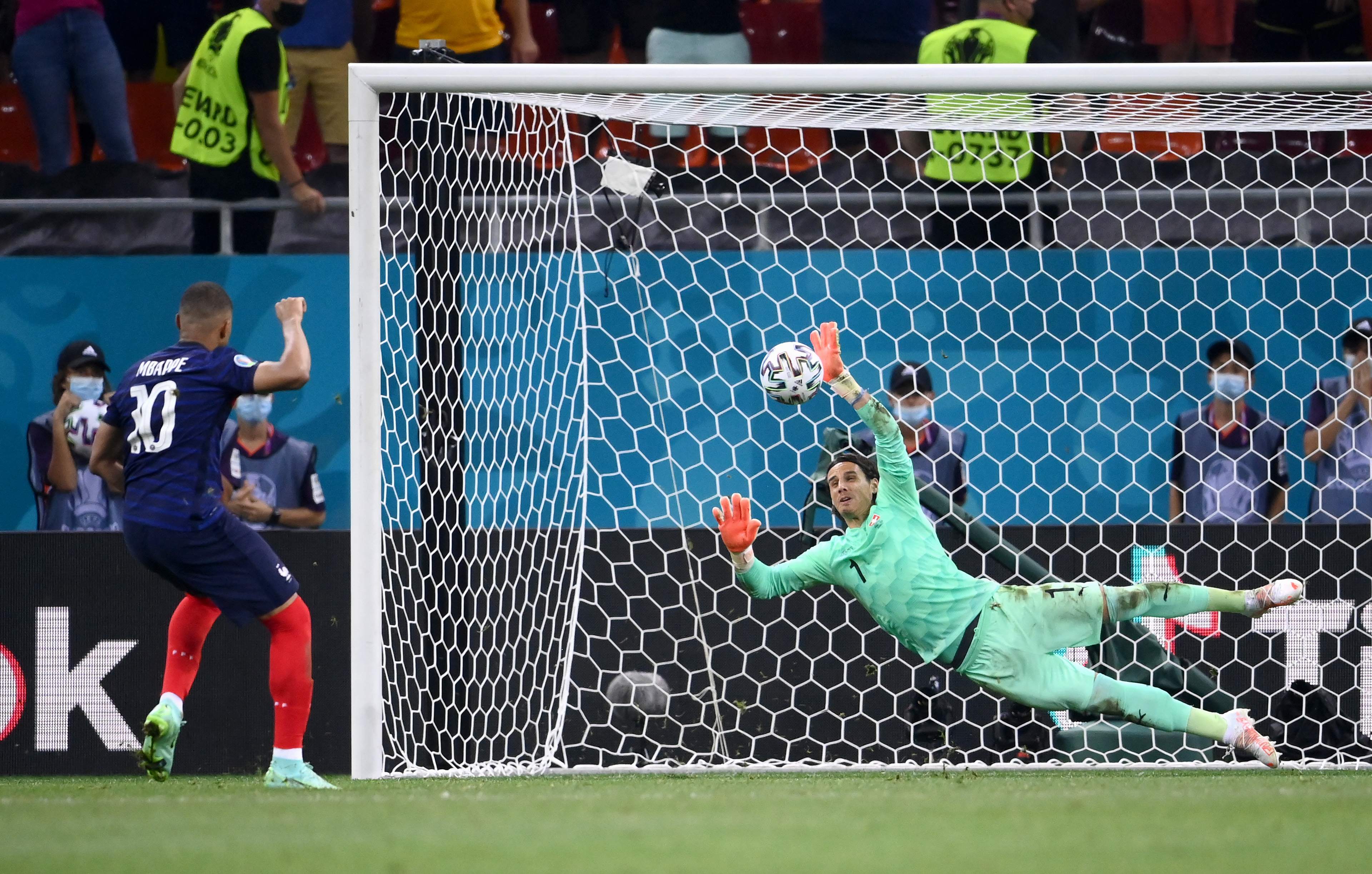 I said Spain and Croatia had the best game in the tournament so far. I withdraw this declaration.

France and Switzerland fought late in the night in Bucharest to draw 3-3 and Switzerland won on penalties 5-4. The massive upheaval has some critics looking at Kylian Mbappe.

The French and Swiss players went nine for nine from the penalty spot during the shootout. Of everyone in the stadium, I think anyone in their right mind would prefer Mbappe to convert a penalty. Then came the shocking moment when Yann Sommer threw a paw in the air and denied the French prodigy.

Mbappe will have a hard time sleeping as he thinks about the missed penalty and a huge opportunity he skewed during extra time.

While it’s easy to point the finger at Mbappe, he’s not responsible for all the blame. After all, he wasn’t the one who let the Swiss come back strong after leading 3-1.

Switzerland had the tournament favorites on the ropes for almost an hour. An early goal from Haris Seferovic gave the Underdogs an unlikely lead to protect.

In the first half and early in the second half, the French looked nonchalant, dull and any other adjective that starts with lack. A Swiss upheaval (in regular time) really seemed in the cards as France looked as menacing as a newborn kitten. Switzerland received a penalty after a VAR review in the 54th minute and could have really put the pressure on France.

The penalty was exactly what France needed at the moment. A huge stop by Hugo Lloris woke the sleeping giants. Within four minutes, Switzerland went from a potential 2-0 lead to a 2-1 lead. This came thanks to Karim Benzema who went into absolutely sick mode from the 57th to the 59th minute.

TWO IN 90 SECONDS FOR BENZEMA

It has to be one of the fastest double in Euro history.

After Benzema scored those two goals in quick succession, it looked like France would win 5-1. This feeling of French domination was only amplified when Paul Pogba put his name in the hat for the tournament goal.

Until 3-1 with 15 minutes remaining, I stupidly started to write my story. I have prepared the title of all the titles: Benzema ballistic splint and Pogba Worldie save France from suffocation with Switzerland. It’s stupid not to have learned my lesson from the Spain-Croatia game.

Seferovic received his skull on another Swiss cross in the 81st minute to reinvigorate his team. My palms started to sweat at this point knowing that maybe I should delete the six paragraphs I had already typed.

In the last minute of the settlement, Mario Gavranovic sent the Swiss fan section into euphoria and sent my finger on the â€œdeleteâ€ button. Son ofâ€¦

I know Mbappe won’t want to watch, but here’s that Sommer’s penalty save once again. People will googling “Pennal Mbappe vs. Switzerland” for years to come.

Switzerland advance to the next round and face Spain in the quarter-finals.