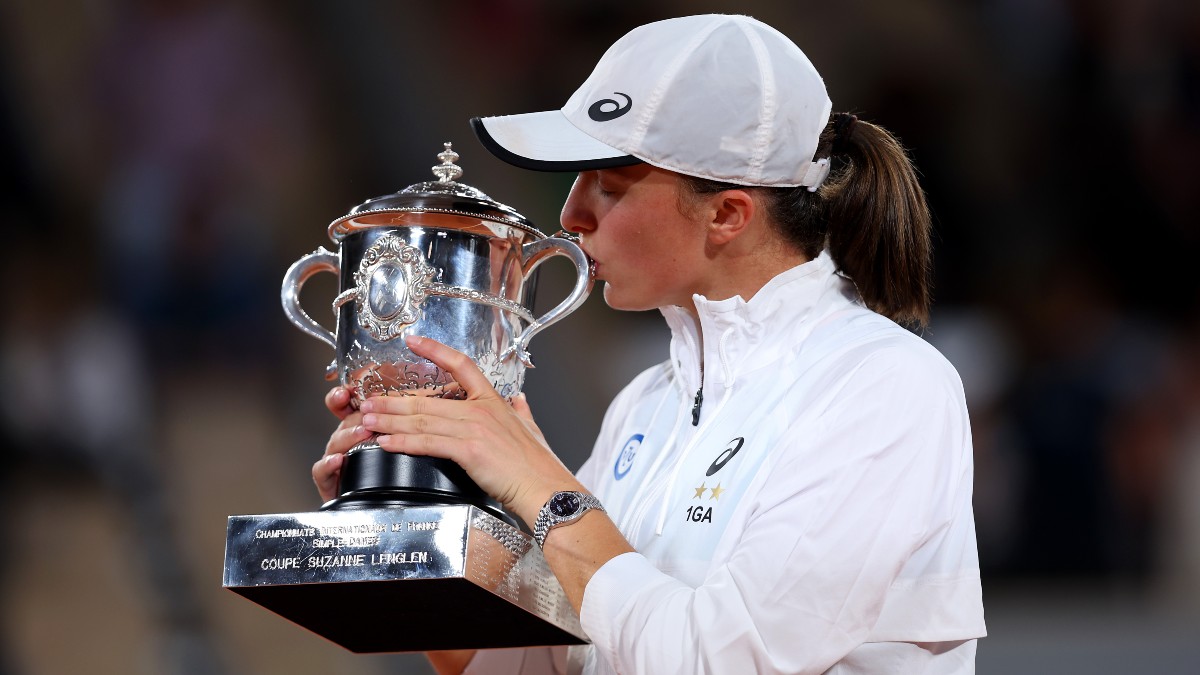 What may be more surprising, however, is that in winning this title, Swiatek became the first player since Serena Williams in 2013 to win Roland Garros after opening the tournament as a +100 or better favorite.

Swiatek entered the tournament at -115 before seeing her odds shortened throughout the two-week event, and the last player to enter the event and win it at shorter odds was Williams.

Willliams entered the 2013 French Open at -133 before embarking on a title chase, per sportsoddshistory.com.

Before Williams, Steffi Graf won the French Open in 1995 after opening at -125.

When Swiatek won her first Roland Garros title in 2020, she entered the event at +5000.

As of February 1 this year, Swiatek was set at +500 to win the French Open, but a series of dominating forms including five titles before the event saw his chances dwindle in the months leading up to Roland Garros.

Swiatek is the favorite to win the next Slam on the calendar, Wimbledon, as she is currently listed at +200.

There’s a long way to go on that one.

How would you rate this article?