Harry Styles has been named the best style icon of 2021 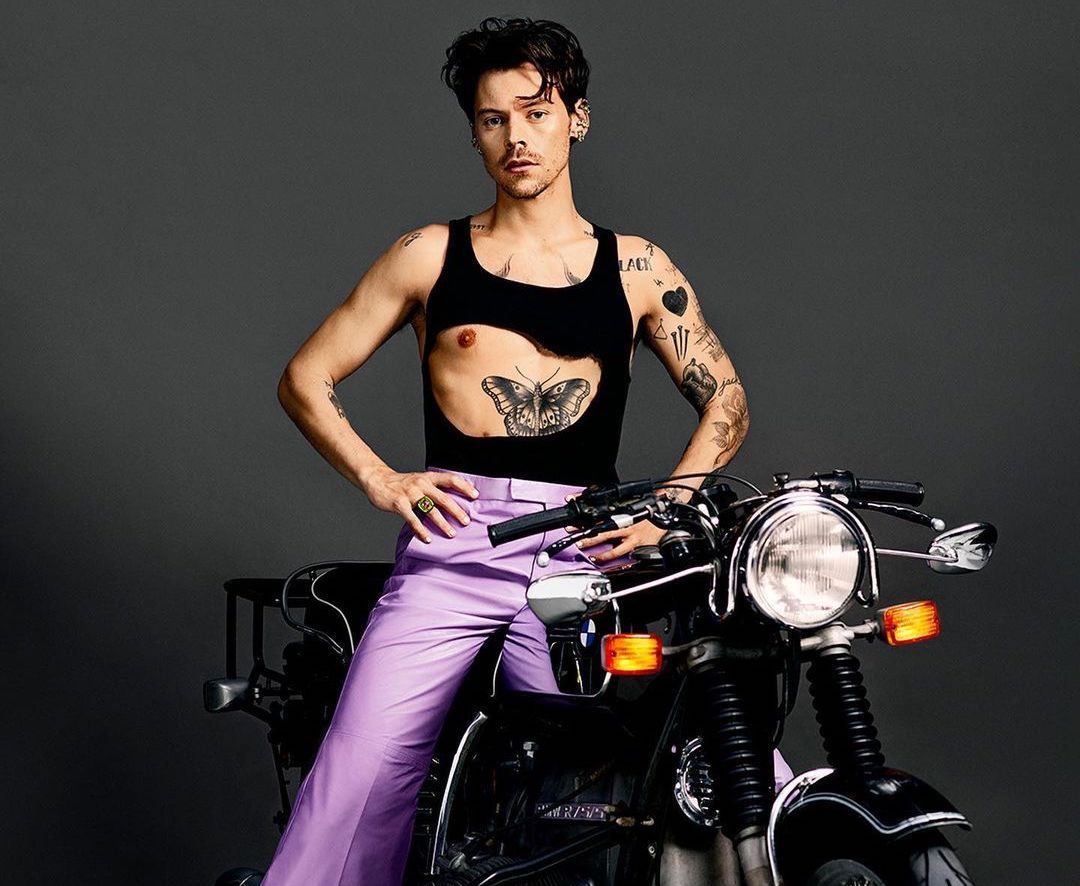 Harry Styles is the Fashion Icon of the Year 2021 and we’re not at all surprised.

British singer Harry Styles has come a long way since his debut in boy band One Direction – and not just in the music business. In just a few short years, the global star has also become a true fashion icon, with her flowy outfits inspiring millions of people around the world, a new study reveals.

Harry Styles has many talents, it seems. Whether in music, cinema or fashion, the world star seems to turn everything he touches into gold, and above all knows how to adapt brilliantly to the current – and numerous – changes underway in society. Not content with success on stage or in the theater, the former One Direction member has totally transformed himself, playing with fashion to serve a new vision of style – one that shuns convention, not to mention some of the standards and expectations imposed for decades. decades by an industry that is also changing.

Harry Styles inspires the toughest generation of all

The result is clear. Harry Styles now inspires a whole generation – and not just any generation – the one that is undoubtedly the most difficult to understand and conquer, Generation Z. The British singer is a style icon popular in no less than 27 countries around the world, where his outfits have been sought after more than any other celebrity in 2021, according to a study conducted by Argent.co.uk. From the United Kingdom to the United States, via Spain, Canada, Finland, Iceland, Egypt, Sweden and the Netherlandsâ€¦ the world has fallen for his style to the point of relegating Billie Eilish in the second place of the most popular celebrity style icons this year.

But the American singer is not far in the ranking. Her outfits are top searches in 23 countries around the world – an excellent performance. After appearing on the cover of Vogue UK and being pictured in a breathtaking Oscar de la Renta gown at the MET gala, the singer has inspired fashion fans in Belgium, Brazil, Malaysia, Portugal, Switzerland, Turkey, Morocco, Senegal and India.

Is gender-fluid fashion the real style icon of 2021?

Between them, Billie Eilish and Harry Styles clearly seem to have dominated the fashion spotlight this year. And their taste for fluid looks between the sexes may have something to do with it. The two stars clearly stood out for their willingness to break codes and stereotypes, reflecting the broader changes underway in society. And although neither of the two stars completely ditch traditionally male or female clothing altogether, they both play with fashion as they see fit, dressing according to their personalities, whims and fancies, rather than follow suit. fashion dictates.

Whether it’s a suit or evening dress for Billie Eilish, or flared pants, an open shirt and shiny gold chain or a dress with a feather boa. for Harry Styles, both use fashion as a new form of self-expression. It’s like a new genre in its own right, and it’s a genre that appeals, especially to younger people. And that’s without counting the various clean and vegan commitments made by the two stars during the launch of their respective beauty products this year. This, again, is music to the ears of the fans.

In the rest of the rankings, Ariana Grande takes third place, with her outfits being the most sought after in 14 countries around the world, including France. Next in line are Kim Kardashian – whose style dominates in Armenia, Botswana, Namibia and Australia – and her two sisters, Kendall and Kylie Jenner, still as popular this year.

This article is published via AFP Relaxnews.

A sustainable fashion designer at the top of the competition