Beirut: Discover the modern souks and vibrant nightlife of the Mediterranean’s most underrated city 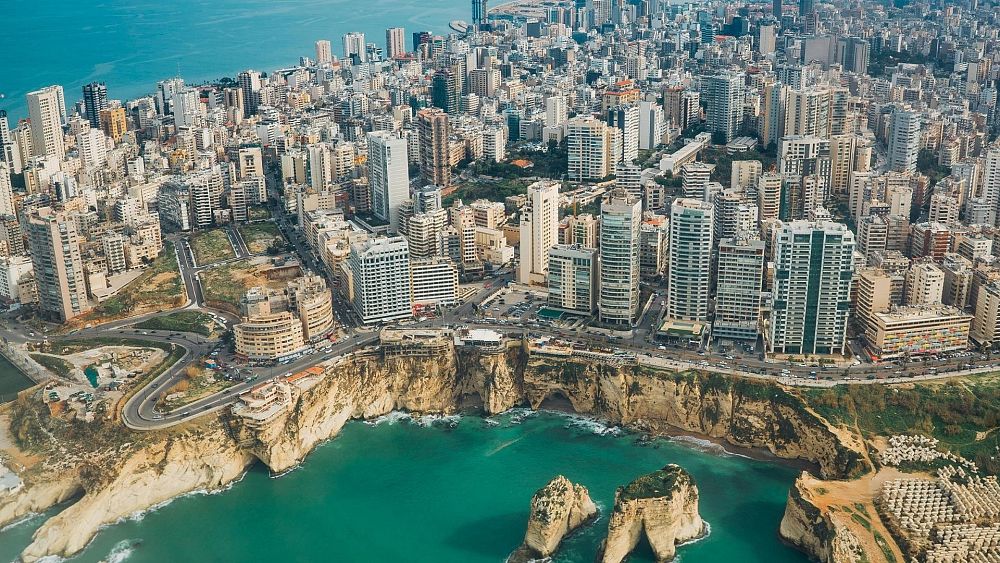 For most Europeans, the Mediterranean evokes the sunny coasts of Italy, France, Greece and Spain. But does that overlook one of its best destinations?

Although Lebanon’s capital, Beirut, has long suffered from instability, it was once hailed as the Paris of the Middle East. Resilient to conflict and disaster, the city maintains a raw energy fueled by its fusion of the modern and the ancient.

Here’s where to explore the modern shopping districts and bustling nightlife of this underrated city.

When heading downtown to the souks of Beirut, don’t expect the jumble and chaos of Marrakesh.

Partly designed by Pritzker Prize-winning Spanish architect Rafael Moneo, this open-air shopping district opened in 2009. It replaces the souk that was destroyed during the Lebanese civil war, which lasted from 1975 to 1990 with Beirut at the heart of the conflict. .

Contemporary design meets traditional architecture in the souks, injecting modernity into the historic district while nodding to its past.

As you browse the rows of high-end international brands, you’ll understand why Beirut has developed a reputation as a regional fashion hub.

Close by, in the central district of Beirut, is the chic neighborhood of Saifi Village. It is abuzz with boutiques, bars, galleries and Farmers markets that take over French colonial-style buildings.

These were rebuilt after the civil war, during which the village of Saifi sat along the ‘green line’, the no man’s land that divided the town. Today, the sniper’s nests have been converted into houses with warm-colored facades.

Remnants of the Civil War remain throughout the city – not in museums but in full view. A visit to the ruins of Beirut’s Holiday Inn, which was at the heart of the ‘battle of the hotels’, is a chilling reminder of how recent and personal this conflict is for locals.

To find out more about the furthest city the story, head to the behemoth National Museum of Beirut. It is full of Lebanese artifacts dating from prehistoric times through the different eras and 15 empires under which the city has lived.

From mosques to beer bars, tradition and modernity coexist in Beirut

Religion plays an important role in Beirut’s identity, and there are countless beautiful churches and mosques to visit. Not to be missed, the blue-domed Ottoman-style Mohammad Al-Amin Mosque is flanked by 65-meter-tall minarets and is stunningly architectural.

Next door is the Greek Orthodox Cathedral of St. George, the oldest active church in Beirut. The cathedral’s interior is where it really comes to life, with colorful frescoes and gilt accents encased in a classic Orthodox exterior – also restored after the civil war. At the bottom of the crypt, you will find a multitude of architectural discoveries.

Just a 10-minute walk from the cathedral, you can stroll through the bohemian quarter of Gemmayzeh, a bustling world of pubs, bars, restaurants and cafes.

This is a great place to try the local Beerand relax with friendly locals among narrow streets and old French-era buildings.

A stone’s throw away is L’Escalier de L’Art, a staircase rising 500 meters which connects rue Gouraud to rue Sursock. As its name suggests, the staircase held a number of art exhibitions since 1973.

Beirut has a vibrant music and party scene

It might surprise you that Beirut also has a vibrant city music stage. Take a trip outside the city to discover some truly unique places.

Drive 42 km past resorts and skyscrapers in the green of the Chouf Mountains, where you will find Beiteddine Palace surrounded by orchards and terraces gardens. With its stunning blend of Italian and Arabic baroque, it’s easy to see why the Ottoman governor, Emir Bashir Chehab II, made it his residence.

Completed in 1818, it has continued to play a vital role in Lebanon’s political history over the years – but today it hosts the famous Beiteddine festival. The event traditionally attracts international talent from the opera and classical world, but has also hosted artists like Elton John, Mariah Carey, Phil Collins, UB40 and others.

Don’t want to drive? Beirut nightlife will not disappoint. Dance music is popular in the city, and things really kick off in the summer with international DJs doing their rounds.

Venues like SKYBAR, The Ballroom Blitz, and virtually every clubbing institution on the BIEL Waterfront have earned Beirut the status of a party hub. It even ranked third in CNN’s 2019 list of the best cities in the world to party.

Where to find the best falafel in Beirut

Any local will tell you that one of the best things about being Lebanese is the food. The country’s coastal climate lends itself to fresh, fragrant and colorful dishes, with centuries of history embodied in each one.

As for where to sample the best food in Beirut, local recommendations include Barbar in Hamra for sandwiches and M Sahyoun on Damascus Road for falafel. If you think you’re seeing double when you arrive, don’t go get your eyes checked yet.

Two Falafel Sahyouns stand side by side – belonging to two brothers who are engaged in a long and bitter feud. Even though the menus are practically the same, these two restaurants have legendary status in Beirut, with incredible falafels dividing the locals.

By now you have seen everything Beirut has to offer. It is a city with history, culture, religion and modern appeal.

But it’s the energy of the city that really stands out. People are friendly. The pace is fast. There’s always something to do. However you choose to spend your time here, your senses will surely be stimulated.

Glass Lighting, a tribute to Saint-Malo, and more