Before Our Homes Got Smart: 7 Vintage Appliances Reminiscent of a Bygone Era 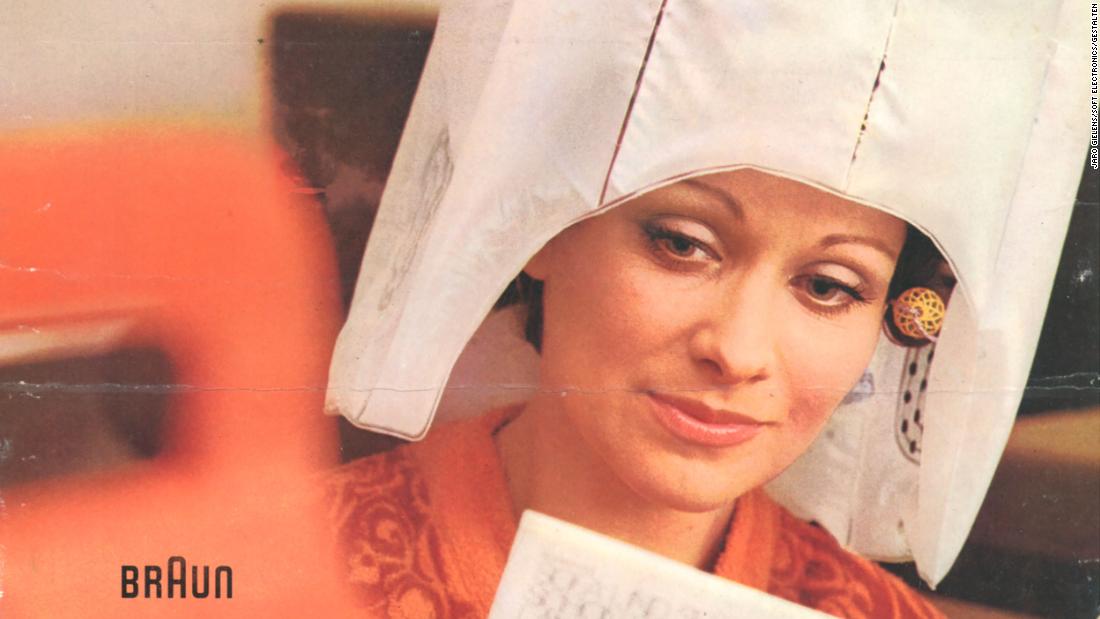 Dutch designer Jaro Gielens’ basement is a sight to behold: the 1,000 square foot space has been converted into a vault for one of the world’s largest collections of small appliances from the 1960s to the 1990s – with mostly items in mint- condition. A niche activity, you might think, but together these objects hold stories that go far beyond the walls of one’s home.

“A unique fact is that all items are complete with original packaging,” he said in an email interview. “The images and graphics on the box best illustrate how these products were presented and marketed, and often indicate which period the product originated from.”

The collection now has 1,370 references, covering all product categories except vacuum cleaners and microwave ovens. The largest group represented is coffee makers, followed by hair dryers, blenders and dental appliances. Some of the most iconic items are featured in the new collector’s book, “Sweet electronics.”

Gadgets speak to a very different era of product design that coincided with new consumer behaviors and needs.

Unlike the expected obsolescence associated with today’s devices, these older models were built to last – Gielens uses some of them and says many still work as intended to this day. This fits with one of the great design principles promulgated in the late 1970s by Dieter Rams, the influential designer whose work at Braun was often praised by former Apple design director Jony Ive. Good design, Rams said, meant making products that were useful, understandable, durable and environmentally friendly.

At the same time, according to Gielens, the introduction of new materials has allowed manufacturers to offer more products. “New and better types of plastics and smaller electrical components have helped designers make devices for all types of tasks. And changes in lifestyle, hobbies and fashion have demanded and provided opportunities for these new devices,” he said.

Remarkably, he only started the collection five years ago. Since there was very little information available on many of the products he found, he decided to create a online catalog which includes them all.

His book contains a selection of around 100 objects from the cache, all filled with promise for a much improved, efficient or glamorous home life, dominated by curved lines and bright colors – beautiful relics of a simpler world. and more carefree.

Below, the collector shared a few of his favorite things.

“Perhaps the best example of a ‘Soft Electronics’ product. A revolutionary design combined with a completely new form of use: hands-free hair drying. The transparent helmet gives it a very futuristic look. This design was copied by almost all other manufacturers in the second half of the 1970s.”

“In my opinion, the perfect coffee grinder for filter coffee. You can grind the coffee directly in a filter holder which can be placed under the grinder. The design has a very elegant geometry with the large transparent cylinder integrated into the shape otherwise more rectangular from the base.”

“Philips has sold tens of millions of women’s cosmetic shavers worldwide. They were six years ahead of Braun with this new product, having been competitors to men’s electric shavers for a few years already. The design of the HP 2111 is the result of a major design harmonization project with Philips in the mid-1970s. Fun fact: all Ladyshavers were produced in Philips factories in Austria (instead of the Netherlands).

“The first device with an anti-drip mechanism. Many manufacturers would eventually add this feature, but they were all trying to solve it differently. The design shows how small French manufacturers were catching up in terms of production quality. The large colored plastic and transparent plastic parts are all of very high quality.And SEB has succeeded in developing a unique style for its products.

“There have been several Kenwood Chefette mixers over the years, and they’re still sold today. But this really is the best version: in beige and country brown, with the updated octagonal shape. more modernist than you might wish.”

“At the beginning of the 1980s, Philips developed a whole product line: the Box series. All versions were based on two main sections: a foldable stand and a motor module. It was a real transformer-type product, multifunctional and The largest and most complete version would make a complete kitchen machine, with many add-ons and even a custom storage cabinet.Unfortunately the whole series was discontinued after just one year.

“Hairdryers of the mid-1970s were much smaller, and the cord storage in the handle is a fine example of preparing these appliances as travel accessories. The shape is unique as it is perfectly rounded and completely free of surfaces flat or united.”

“Soft Electronics” by Jaro Gielens is published by gestalten.